US State Dept Confirms: Obama “NOT” a US Citizen Prior to & in 1968; UPDATE: Important historical find

ALL UPDATES WILL APPEAR AFTER THE INTIAL ARTICLE

Not that our elected officials who refused to do their job in the fall of 2008 before the election and everyday since then will do anything, but these official documents from Obama’s mothers passport files are proof positive that Obama was “NOT” a US citizen prior to & in 1968. Even after an order from a federal judge, the US State Dept is still withholding all of Stanley Ann Dunham’s passport records prior to this 1968 renewal she submitted at the Jakarta, Indonesia consular’s office. So the question begs to be answered…

Where is the affidavit of Obama’s foreign citiznship that was submitted with this application & when did Obama or his mother formally renounce this foreign citizenship that has now been verified by the US State Dept? Where are those records?

Will we ever know which combination of the above is the official name of the pResident?

It’s time to release the RECORDS!

September 28th is the next hearing date for discovery. Thus far it has been denied because it just might “embarrass” Obama.  Read all about the Obama administrations abuse of this highly decorated active military doctor who has served in 2 wars & is still packed & ready to go if only the commander in thief would pony up his papers. Just as every other member of the military has to do prior to each & every deployment.

For more than seventeen years, I have had the privilege of serving my country as a member of the U.S. Armed Forces, including overseas assignments in imminent danger/combat areas in Bosnia and Afghanistan.

The United States is an example to the rest of the world of a stable, civilized democratic government where all men are created equal and the rule of law is cherished and obeyed. The U.S. military teaches and promotes the rule of law and civilian control of the military to many other nations and militaries around the world. Every soldier learns what constitutes a lawful order and is encouraged to stand up and object to unlawful orders. My officer’s oath of office requires that I swear to support and defend the Constitution of the United States.

I recently received deployment orders for a second deployment to Afghanistan. My orders included a requirement to bring copies of my birth certificate. I will provide a certified copy of my original birth certificate with common, standard identifiers, including the name of an attending physician and a hospital. Every day in transactions across the country, American citizens are required to prove their identity, and standards for identification have become even stricter since the terrorist attacks on 9/11.

In 2008, after pressure from the news media, Senator McCain produced an original birth certificate from the Panama Canal Zone; a Senate Judiciary Committee hearing examined and affirmed his “natural born” status and Constitutional eligibility to serve as President. The U.S. Senate was silent about your eligibility, despite statements from Kenyan citizens that you were born in Mombasa, including your paternal grandmother and the Ambassador from Kenya to the U.S. during a radio interview. Hawaiian state officials claim they cannot release an original birth certificate without your consent.

I have attempted through my chain of command for many months to get answers to the questions surrounding your eligibility. I also sought answers, unsuccessfully, through my Congressional delegation. You serve as my Commander-in-Chief. Given the fact that the certification that your campaign posted online was not a document that the Hawaiian Department of Homelands regarded as a sufficient substitute for the original birth certificate and given that it has been your personal decision that has prevented the Hawaiian Department of Health from releasing your original birth certificate or any Hawaiian hospital from releasing your records, the burden of proof must rest with you.

Please assure the American people that you are indeed constitutionally eligible to serve as Commander-in-Chief and thereby may lawfully direct service members into harm’s way. I will be proud to deploy to Afghanistan to further serve my country and my fellow soldiers, but I should only do so with the knowledge that this important provision of our Constitution is respected and obeyed. The people that continue to risk their lives and give the ultimate sacrifice to the service of our country deserve to know they do so upholding their vows to the oath of office and the Constitution.

Unless it is established (by this sufficient proof that should be easily within your power to provide) that you are constitutionally eligible to serve as President and my Commander-in-Chief, I, and all other military officers may be following illegal orders. Therefore, sir, until an original birth certificate is brought forward that validates your eligibility and puts to rest the other reasonable questions surrounding your unproven eligibility; I cannot in good conscience obey ANY military orders.

As a member of the Armed Forces Committee & member of the sub-committee on Personnel, I am imploring you to please take this seriously & take immediate action.

The Commander in Chief has begun court martial proceedings against Lt Col Terry Lakin. Now Lt Col Lakin is being refused access to documents that are critical to his defense. The most current ruling from the military judge who refused release of Obama’s original vault birth certificate & ALL school & college records stated:

“The potential for embarrassment from multifarious pronouncements by various departments on one question are uniquely powerful to ensure that courts-martial do not become the vehicle for adjudicating the legality of political decisions and to ensure the military’s capacity to maintain good order and discipline in the armed forces.”

If there is no question as to the location of Obama’s birth, then why for over 2 years now has he been fighting in courts all over the country to keep his original vault records from seeing the light of day. This is “NOT” the actions of an honorable commander of the US military.

In July of this year, in a blatant disregard of orders of a federal judge, the US State Dept. released only partial passport records of Stanley Ann Dunham-Soetoro.

However, after careful study of the files that were released, what the records do conclusively show is that in 1968 Barack-Barry-Hussein-Obama II-Soetoro-Soebarkah was “NOT” a US citizen.

This has gone on far too long & it’s time to put politics & elections aside for the sake of our nation & our national security.

I am trusting, that in light of all this new evidence, you will do the honorable thing and put your country before yourself. Please do the right & moral thing by serving your state & country as an upright public servant of honor & integrity by once & for all putting an end to this abuse of political power currently being displayed by Obama & his administration. I implore you to request the immediate release of all the records requested on behalf of Lt Col Terry Lakin by his defense team.

No one is above the law, especially those public servants who took an oath to protect & defend it.

I will be in contact with your office on Monday, Sept. 27, 2010. The day prior to the next hearing for Lt Col Lakin in his legal defenses efforts to get the vital records for his defense released.

Washington, D.C., August 12, 2010. The Army doctor who is being court martialled for refusing to obey orders, including a deployment order for his second tour of duty in Afghanistan, was formally arraigned last Friday at the first hearing in the Court Martial process. However, the lead prosecutor overstepped his bounds and injected himself improperly into LTC Terrence Lakin’s chain of command.

Via Sonoran News via  obamareleaseyourrecords.blogspot.com – Ike needed birth certificate to run for president – ‘Ike had nothing to hide!’ 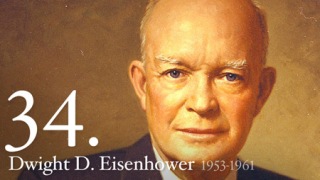 And, while going through digital images online of his hometown newspaper, the Deseret News and Telegram, Fairclough forwarded us a United Press wire article from the Oct. 2, 1952 edition he thought we would find interesting.

The article appeared on page 6A with a dateline of Sherman, Texas. It was headlined: “General’s birth certificate officially filed,” and stated, “A certificate recording Dwight Eisenhower’s birth in Denison on Oct. 14, 1890, was filed Wednesday [Oct. 1, 1952] in the Grayson County Clerk’s office.

“Nobody had bothered to make out a certificate when the Republican presidential candidate was born in a house at the corner of Lamar and Day streets in nearby Denison.

“A copy of the certificate filed Wednesday was mailed to Mrs. Eisenhower in Denver. Eisenhower’s older brother, Arthur, signed the certificate. It was also signed by the Grayson County Judge J.N. Dickson and recorded by County Clerk J.C. Buchanan.”

David Dwight Eisenhower was the third of seven boys born to David Jacob and Ida Elizabeth.

Since he was called Dwight while growing up, Eisenhower swapped his first and middle names when he enrolled at West Point Military Academy.

Elected 34th president of the United States in November 1952, Eisenhower made it through his first 62 years without any need for a birth certificate.

However, the need arose when he became a presidential candidate. Since Eisenhower was the oldest man to be elected president since James Buchanan over 100 years earlier, age was obviously not at issue. Instead, there was protocol in place for presidential candidates to provide proof of eligibility to appear on the ballot.

2 thoughts on “US State Dept Confirms: Obama “NOT” a US Citizen Prior to & in 1968; UPDATE: Important historical find”

~ “And not with you alone I am making this covenant and this oath, but with him who stands here with us today before YHWH our Elohim, as well as with him who is not here with us today." ~ “Set your heart on all the words with which I warn you today, so that you command your children to guard to do all the Words of this Torah. For it is not a worthless Word for you, because it is your life," ~ "for Mosheh commanded us a Torah, an inheritance of the assembly of Jacob (Israel)" ~ "Listen to Me, O coastlands, and hear, you peoples from afar! YHWH has called Me from the womb, from My mother’s belly He has caused My Name to be remembered. 2 And He made My mouth like a sharp sword, in the shadow of His hand He hid Me, and made Me a polished shaft. In His quiver He hid Me.” And He said to Me, ‘You are My servant, O (Yeshua) Israel, in whom I am adorned.’ And I said, ‘I have labored in vain, I have spent my strength for emptiness, and in vain. But my right-ruling is with YHWH, and my work with my Elohim.’ ” And now said YHWH – who formed Me from the womb to be His Servant, to bring Jacob back to Him, though Israel is not gathered to Him, yet I am esteemed in the eyes of YHWH, and My Elohim has been My strength – and He says, “Shall it be a small matter for You to be My Servant to raise up the tribes of Jacob, and to bring back the preserved ones of Israel? - And I shall give You as a light to the gentiles, to be My deliverance to the ends of the earth!”